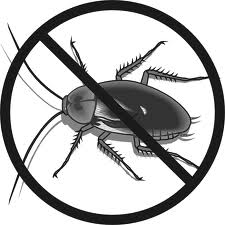 Restaurant owners and managers must be aware that although they can do their own pest control (in most states,) there are certain regulations and limitations for pest management in any commercial food handling area.  The regulations are in place to ensure that food, food preparation equipment, serving areas, etc. are not contaminated with pesticide insecticide, rodenticide residues.  Measures are also taken in fly control and rodent control to ensure that no body parts can contaminate foods or areas where food is uncovered, prepared, cooked, served or eaten.
The main areas covered here concern general purpose pest control (roaches, ants, spiders, pantry pests, flies, etc.) and rodent removal, rodent control.  Indoor fly infestations in restaurants are also discussed.

The most used insecticides for homes and business are not always labeled for use in commercial kitchens, food serving areas and food preparation areas due to possible contamination of foods and utensils.  Care must be taken in choosing the correct products for these sensitive areas.  Always read and follow label instructions before mixing and applying any insecticide.  Never apply insecticides while food is being prepared, served, eaten or otherwise open or exposed.  Keep treated areas clear of people, guard dogs and open food until all areas have been allowed to dry.
The most common spray products used in restaurants (in control of ants, cockroaches, spiders, flies, pantry pests, other pests) are Tempo SC, Tempo WP, Suspend SC and Acephate (Orthene.)  Of these, Tempo and Acephate are used more than others.

Tempo products (Tempo SC, Tempo WP) are good for most general purpose pest control accounts.  We often see populations of German Cockroaches that are resistant to synthetic Pyrethrins pesticides.  When this happens, switch to Acephate for one or two months.  Acephate (a soluble powder concentrate that does have an odor) works slower than most pesticides ("peaking" at the 4th or 5th day) but works great on resistant roaches.  Acephate also adheres to stainless steel surfaces better than other insecticide sprays.  Once the resistant roaches have been exterminated from the area, switch back to your odorless Tempo insecticide.
For stubborn problems and long-term roach prevention, Gentrol IGR can be added to insecticide sprays and Mop Up can be used when mopping kitchen floors.  Use Gentrol in non-food areas.  Gentrol Point Source is another IGR option that does not require spraying.  Both of these insect growth regulators contain Hydroprene, which is not a pesticide.
Hydroprene and Nylar will work alone (for prevention), can be used with an insecticide spray or can be used to enhance a roach baiting program.
An alternative to using sprays in commercial kitchens and restaurants is the use of a good professional roach bait.  Maxforce FC Roach Bait Gel is the best.  When using Maxforce (or any other roach bait,) refrain from using any type of insecticide spray, aerosol, dust, fog or bug bomb as these products will contaminate your bait, making them unattractive to your target pests.  Once a large roach population has been cleaned out with the use of Maxforce FG Roach Bait Gel, you can either continue to bait the area (if roaches are your only insect pests) or switch to Tempo SC or Tempo WP.
When spraying kitchens, dining rooms or other sensitive areas, "hosing down" the place is not necessary, is unsafe and usually illegal.  Pay close attention to cracks, crevices, hiding places, entry points and areas where roaches, ants, pantry pests and other bugs forage for food or water.  Receiving areas and storage rooms are also important and should be kept clean and treated on a regular basis.
For heavy or stubborn infestations of cockroaches, ants or pantry pests you should use Pyrethrin Aerosol in cracks and crevices after spraying with Acephate, Tempo or Suspend SC.  The aerosol crack and crevice tool helps flush unwanted pests from their hiding places and is also an excellent tool for inspection.  Can also used as a space spray for flying insects.


Controlling Flies In and Around Restaurants

Most fly problems can be solved by locating and eliminating the sources where flies breed and feed.  To help locate these areas, go to our Fly Breeding Sites page.
Restaurants and other commercial food plants have particular problems to face in fly elimination and fly control programs.  For health and safety reasons, fly populations cannot be ignored.  The very nature of food preparation increases the problems of indoor and outdoor flies.
Outdoor areas (as well as indoor areas) must be kept as clean as possible.  Dumpsters and garbage disposal equipment must be well kept and clean.  Employees need constant reminding on dumpster procedures, keeping area clean and always closing dumpster lid after use.
For constant problems with filth flies, roaches and ants a good spray with long residual is needed.  Tempo WP will work for this job but Demon WP is better.  You can also spray exterior doors and walls near garbage receptacles.

Indoor fly problems often need the aid of professional ultraviolet fly traps.
Fly zappers should never be used in food handling areas.  For sensitive areas a trap that uses a combination of ultraviolet and pheromones is best.  Use the Fly Trap Professional in kitchens and food preparation areas.
If extra control is needed in dining areas or in rooms where there is a buffet, use a Luralite Ultraviolet fly trap. Smaller rooms and hallways are better off using one or more Cento Fly Traps which are less expensive and are not highly visible to customers or guests in hotels, casinos or restaurants.

Special attention to product selection is necessary for eliminating rodents in restaurants.  It is illegal and unsafe to use snap traps or rodenticides in any area where food is being prepared or served.  Never use any rodent control item that might contaminate food or utensils with baits, poisons or rodent body parts.
Acceptable devices to use indoors are glue traps and live traps.  These items will help capture rats or mice that manage to get into the building.  Your best results will be achieved by killing rodents before they enter the structure and maintaining a clean property.  Keep dumpsters as clean as possible; cut grass and weeds that along fence rows where rodents might hide or enter the property.
Using tamper resistant bait stations on the exterior is very important.  Not only do these bait boxes keep rodent baits (and traps) safe from non-target animals; they will give you a chance to kill the pests before they have a chance to enter your building.  Check bait stations a couple of times each week to make sure that you have plenty of fresh bait on hand.  Rats and mice tend to avoid old, stale or moldy rodenticides.  Bait blocks (such as Contrac or Talon) work best in outdoor bait stations.  Both Talon and Contrac bait blocks are specially designed to place in bait stations and they will hold up to outdoor moisture better than bait pellets or meal.
If there are guard dogs (or other non-target animals or wildlife) on the property, tamper resistant bait stations are a must.

Should you have a termite warranty?

You need to compare the cost of extending your warranty with the cost of a new preventive treatment and an accompanying warranty. The current warranty is expiring because the effectiveness of the initial treatment is wearing off. I suggest that you  you call several competent, established, pest control companies to get bids. Such as Blue Jay Termite and Pest Control of Nebraska
Find out what will be covered if you have only a warranty, if subsequent treatment is then needed.
If you plan on upgrading your home you should then have a termite inspection.If termites are discovered, treatment can be arranged. It is a matter of comparing costs for the warranty and its benefits with cost of retreatment.

Termites are active across the state, from Scottsbluff and North Platte to Lincoln and Omaha, Nebraska.
What Types of Termites are in Nebraska?
Subterranean termites are known to cause damage to homes in Nebraska. Drywood termites are not native to the state.
Are Formosan Termites in Nebraska?
Formosan termites have not been identified in Nebraska. This species typically lives in very warm locations in the southern U.S.
When Do Termites Swarm in Nebraska?
Generally, termites swarm on a warm day after a rainfall. Swarms may occur during the winter in heated buildings. The swarming habits of the most common species in Nebraska are described below.

More Information about Termites in Nebraska
According to Termite Infestation Probability Zones, the southeastern half of Nebraska is located in  Zone #2 (moderate to heavy), which means the potential for termite damage is considered significant. The northeastern half of the state is located in TIP Zone #3 (slight to moderate), which means there is some potential for damage by termites. Areas with lower probabilities for activity require fewer termite control measures to meet International Residential Code building standards for new homes than areas with more frequent activity.
Although drywood termites are not established in Nebraska, it is possible for this species to travel in wooden objects, such as furniture and wine crates, and establish colonies in the state. Drywood termites have been found in areas far from their native habitats. A licensed termite inspector can help identify species not native to the state.
In states like Nebraska where termites are fairly active and widespread, it is essential to maintain an effective termite prevention and control program. If you own a home in Nebraska, talk to your termite control expert about methods to help protect your home from termite infestations and damage. 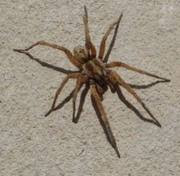